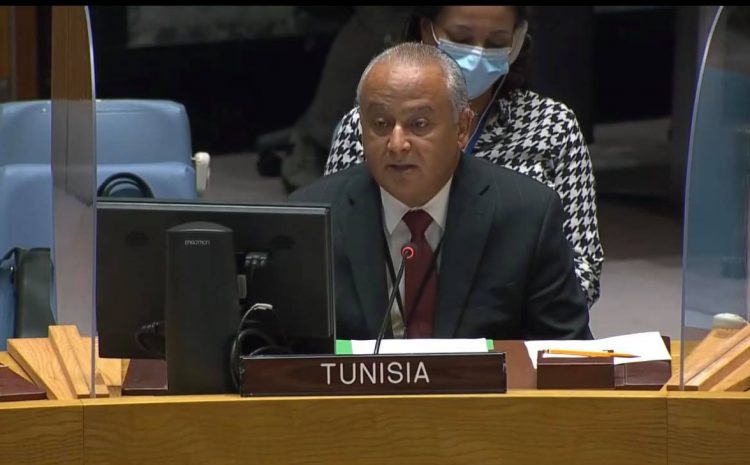 I have the honor to deliver this statement on behalf of Kenya, Niger, Saint Vincent, and the Grenadines, and Tunisia, the A3+1.

The A3+1 welcomes the completion last Saturday of the Upper House elections, with all 54 seats selected as well as the start (scheduled on November 16) of the House of the People’s elections. We underline again the importance of completing the electoral process, including the election, of the President of Somalia, in a timely manner to realize the legitimate aspirations of the People of Somalia to security stability, democracy, good governance, and development.

While regretting that the minimum 30 percent quota was not met in the Upper House elections, we hope that the upcoming elections for the House of the People will bridge the existing gap. We also reiterate our support for one-person-one-vote elections and encourage the continuation of efforts to achieve that objective during the following election cycle.

The A3+1 remains concerned by the major threat to peace, security, and stability in Somalia posed by Al Shabaab who is still responsible for the majority of attacks in the country. We particularly strongly condemn the numerous terrorist suicide attacks they perpetrated in Mogadishu during the previous three months and express our sincere condolences to the family of the victims and to the People and Government of Somalia.

We reiterate our call for continued international support for the government of Somalia in its fight against Al Shabaab and other groups active in the country and to enable it to take full security responsibility in line with the Somalia Transition Plan.

We pay tribute to the role played in this regard by AMISOM during the past years. We also take note of the  Communique adopted by the AUPSC at its 1037th meeting held on 7 October 2021, circulated in UNSC document S/2021/922, that endorsed the Report of the AU led Independent Assessment on the African Union’s Engagement In and With Somalia Post-2021 and its Option 1, namely to establish an AU-UN Multidimensional Stabilization Mission in Somalia, deployed under Chapter VII of the UN Charter, which would ensure predictable and sustainable multi-year financing for the future mission, through UN assessed contributions.

The A3+1 underlines the importance of taking due consideration of the needs, priorities, and views of the host country in defining the nature and objective of any future mission in Somalia and encourages all the relevant parties to further engage constructively in order to reach an agreement mutually acceptable.

The A3+1 also shares the view that there is a need to thoroughly address the financing challenges of any AU’s engagement in Somalia post-2021, through the provision of adequate, sustainable, and predictable financing, including through access to UN assessed contributions.

The A3+1 reiterates its deep concern over the humanitarian situation in Somalia with an estimated 3.5 million people at crisis-level food insecurity due to the combined effect of conflict, environmental crisis, including drought, floods and locust, and the COVID-19 pandemic. We call for unhindered humanitarian access to all those in need. We also reiterate our call on all international partners to scale up funding for the humanitarian response plans for Somalia.

To conclude Mr. President, we reaffirm our unwavering commitment to the sovereignty, unity, political independence, and territorial integrity of Somalia as well as our support to all efforts to secure its peace, political stability, and socio-economic progress.